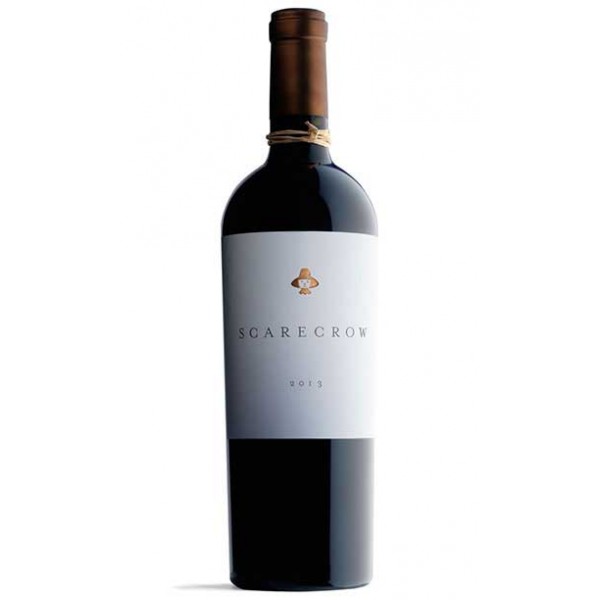 Scarecrow is 100% Cabernet Sauvignon from two acres of old vines planted in 1945 by John Daniel and dry farmed. Very deep garnet-purple colored, the 2016 Cabernet Sauvignon comes sashaying out of the glass with tantalizing notions of violets, lavender, Black Forest cake, mulberries, tobacco leaf and fragrant earth with a core of warm cassis, kirsch, Chinese five spice, rose hip tea and cedar chest. The palate is full-bodied and super concentrated yet possesses great energy with vibrant red and black fruits and loads of mineral accents, framed by very ripe, super fine-grained tannins and fantastic freshness, finishing very long with the most incredible perfume. Hedonistically, undeniably and deliciously perfect. 2,000 cases are to be made, to  be released in the spring of 2019.

100 points Jeb Dunnuck
The deep ruby-colored 2016 Cabernet Sauvignon would give the 2015 Château Margaux (that’s what leaped into my head as I tasted this) a run for its money and is an utterly perfect bottle of wine that does everything right. Made from 100% Cabernet Sauvignon from very old, dry farmed vines in what was previously known as the J.J. Cohn Vineyard, its deep purple color is followed by a heavenly perfume of blueberries, spring flowers, lead pencil, exotic spices, and graphite. Slightly more focused and poised than the M. Etain release, with full body, ultra-fine tannins, and no hard edges, it’s a wine of incredible elegance paired with remarkable intensity, and it’s rare to find a wine that marries both so effortlessly. As with the vast majority of truly great Cabernet Sauvignons, it’s great today and will be great in 30 years. (1/2019)

98 points Vinous
The 2016 Cabernet Sauvignon Scarecrow is another positively riveting wine from this benchmark estate and longtime winemaker Celia Welch. Powerful and explosive on the palate, with tremendous energy, the 2016 has so much to offer. A rush of graphite, smoke, leather and tobacco builds as this beautifully layered, nuanced Cabernet Sauvignon shows why Scarecrow is one of Napa Valley's very finest vineyard sites. Just bottled a few weeks before this tasting, the 2016 is shaping up to be a real jewel of a wine. Don't miss it! (AG) (12/2018)

About Scarecrow
Scarecrow Cabernet Sauvignon is named after the Scarecrow in The Wizard of Oz because the man who originally owned the estate was the late J.J. Cohn, the legendary head of MGM, which is the studio that produced The Wizard of Oz. Located in Rutherford in Napa Valley, Scarecrow, which released its debut vintage in 2003, is quickly becoming one of Napa Valley’s most talked-about Cult Cabs. Only 400 cases of the 100% Cabernet Sauvignon are produced each year, no surprise given that the estate includes just 25 acres of vineyards. Located next door to the fabled Inglenook estate, Cohn bought the estate in 1942 and planted grapes in 1945 at the urging of Inglenook’s owner. For decades Cohn’s grapes were bought by some of Napa’s most admired producers, including Inglenook. In 1996 one of Cohn’s grandsons, Bret Lopez, was able to take over 25 acres of the estate. Today Lopez and his wife Mimi DeBlasio run Scarecrow with winemaker Celia Welch.