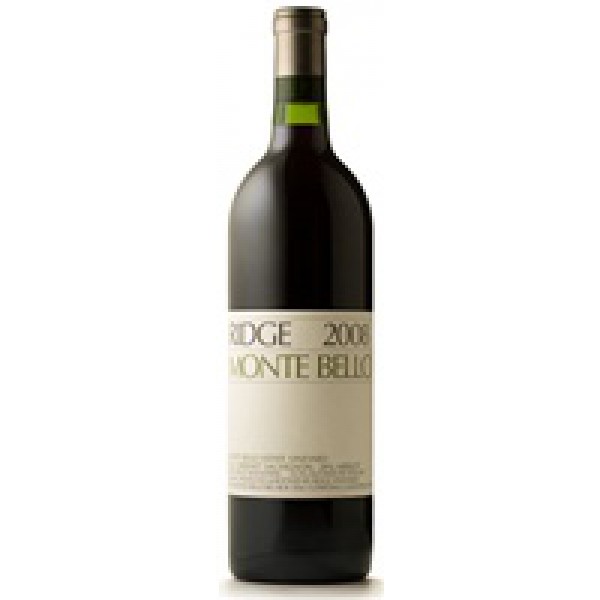 Lack of winter rain affected both vines and cover crops, limiting available nutrients. Still, the vines carried a decent-size crop, which ripened in September. Fermentations progressed slowly; extraction was decided by careful tasting. Malolactics started in tank, and finished by February. Merlot, which suffered in 2013, was strong in 2014. Petit verdot remained challenged by drought. This elegant vintage shows intense fruit, limestone earth, and firm acid. It will be enjoyable over the next fifteen to thirty years.

"Unique aromas of blackberry, black currant, dark chocolate and walnut. Full body, very powerful and tannic. Incredible depth and power. Precise and so focused. Muscular. Great structure. This needs at least six to eight years to come together. *Top 100 of 2017*" (01/2018)

"A worthy successor to the profound 2013 and the fruit of the earliest harvest on record at this address, the 2014 Monte Bello is still quite youthfully expressive, wafting from the glass with an exuberant bouquet of minty dark berries, plums, black cherries, cigar box and a nicely integrated framing of new oak. On the palate, the wine is full-bodied, deep and intense, with a rich chassis of structuring tannins, which are currently largely concealed in a succulent core of fruit, and bright balancing acids. In profile, it's structurally more open-knit and giving than the massive 2013, and I suspect it will reach its plateau sooner, but it should enjoy over three decades of longevity. The blend is 75% Cabernet Sauvignon, 18% Merlot, 5% Cabernet Franc and 2% Petit Verdot, and it attained 13.5% natural alcohol. 'The drought had a positive effect on concentration,' observed winemaker Eric Baugher when we corresponded shortly after harvest, adding that 'the wines are opaque in color, with rich tannins and marvellous fruit.' Four years later, that remains an accurate characterization of the 2014 Monte Bello. (WK)" (05/2018)

"Another superb Monte Bello, the 2014 reveals an exuberant bouquet of crushed wild berries, plum, cherry, cinnamon, menthol and woodsmoke, framed by nicely integrated new oak. On the palate the wine is deep and intense, structured around rich tannins and underpinned by vibrant acidity, with terrific persistence on the finish. This has a long life ahead of it. (WK) " (05/2017)

"The 2014 Cabernet Sauvignon Monte Bello checks in as 81% Cabernet Sauvignon, 16% Merlot, 2% Petit Verdot and the rest Cabernet Franc. A much deeper, richer wine compared to the Estate Cabernet Sauvignon, it offers incredible notes of crème de cassis, vanilla bean, tobacco leaf, and scorched earth. Rich, full-bodied, and concentrated, with moderate acidity and ripe yet present tannin, it's going to drink nicely with just short-term cellaring yet shine for two decades or more. It doesn't have the overt concentration and structure of the 2012 and 2013, but has sensational purity, balance, and elegance." (06/2018)

"The 2014 Monte Bello is going to need at least a decade to show everything it has. Deceptively medium in body and super-classic in its mid-weight structure, the 2014 offers notable brightness and intensity in an understated style, even by Ridge standards. Today, the 2014 is intensely linear, focused and vibrant. Petit Verdot is the variety that suffered most in the drought, so its presence in the blend is minimal. (AG)" (08/2017)